The middle class, meanwhile, shrunk — to 32%, from 38.8%. And the share of lower middle class and poor Americans also declined. 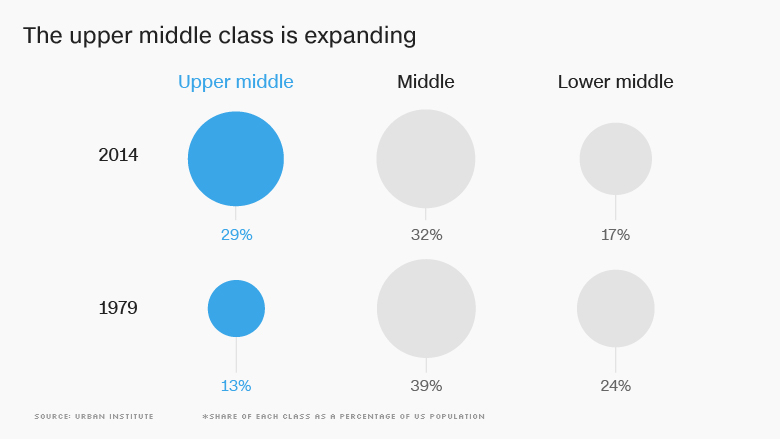 It’s not surprising that the report shows a nation that is moving up the economic ladder. That’s because the institute held fixed the income ranges needed to be in a class, adjusting only for inflation. Over time, wages have grown faster than inflation.

Other studies have also shown that many middle class families have moved into the upper class, but they also found that some Americans have slipped into the working class.

The Urban analysis, however, shows that the standard of living has gone up for nearly all Americans, said report author Stephen Rose, an affiliated scholar at Urban. For instance, there are more families with three cars than there are with no cars, and the median size of a new home has grown to 2,500-square-feet in 2014, from 1,650-square-feet in 1979, he said.

Still, the rich and upper middle class have gotten a disproportionate share of the income gains. While much of the growth comes from the increase in their ranks, 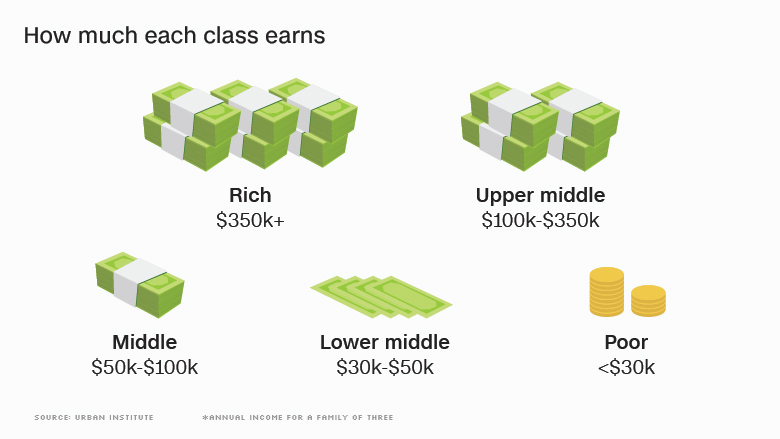 Looking just at the upper middle class, they controlled 52.1% of total income in 2014, up from 29.6% in 1979. But had their income growth kept pace with their population expansion, they’d only control 48%. 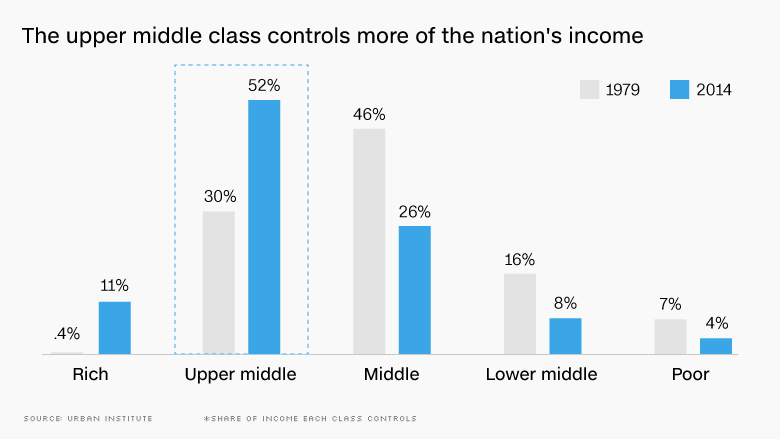 This shows the income gains have been broader based than just the ultra-rich, Rose said.