STOCKS HAVEN’T BEEN THIS EXPENSIVE IN 7 YEARS.

STOCKS HAVEN’T BEEN THIS EXPENSIVE IN 7 YEARS.

Bargain-shopping for stocks is pretty tough these days.

The good news is that the recent dramatic comeback on Wall Street has erased painful losses in your portfolio. The bad news is there are growing questions about how long the rally can last because it wasn’t fueled by improving corporate profits.

That’s why all of a sudden, U.S. stocks look pricey. In mid-February, when stocks were in free-fall mode, the S&P 500 was trading at 15.2 times its forward earnings. Not cheap, but not Manhattan Fifth Avenue prices either.

Since then, the S&P 500 is up 15% and is even flirting with all-time highs. Its price-to-earnings ratio is now sitting at a lofty 17.5, the most expensive valuation multiple since September 2009 and among the highest levels since late 2004, according to S&P Global Market Intelligence.

If multiples keep rising, “I’m going to have to conclude that profit taking is advisable,” he said.

In some ways, it makes perfect sense for stocks to be more expensive these days. Many of the big fears — a global recession, surging U.S. dollar and crashing oil prices — have receded since then. Investors are now willing to pay a higher premium for stocks.

Yet those fading fears haven’t necessarily translated to stronger earnings, which reflect the true value of companies and their stocks. In fact, the S&P 500’s earnings per share are now expected to be down 8% in the first quarter, compared with expectations earlier this year for a slight gain. It could end up being the third straight quarterly decline and the deepest since 2009.

“You’ve priced in the removal of the bad news but haven’t gotten much good news. Equities are not terribly attractive,” said Troy Gayeski, senior portfolio manager at SkyBridge Capital. 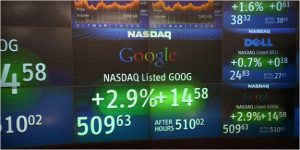 Valuation concerns are even more stark if you look at net income instead of earnings per share. Believe it or not, the 30 members of the Dow are projected to earn less in net income this year than they did in 2011, according to an analysis by JonesTrading. Yet the Dow’s combined market cap has surged more than 40% since 2011.

“It can’t be good paying 2016 prices for 2011 fundamentals,” Mike O’Rourke, chief market strategist at JonesTrading, wrote in a report.

The findings highlight the role of financial engineering. When corporations borrow billions of dollars to buy back their own stock, they are effectively reducing their own share count. That doesn’t help net income but does boost earnings per share, the standard metric investors use.

But as Gayeski points out: “You can’t manufacture earnings out of thin air forever in a very slow growth environment.” 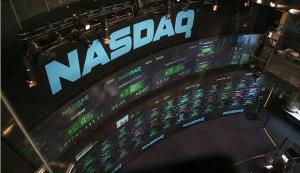 Of course, investors don’t operate in a vacuum. They’re stuck in this weird world of central bankers resorting to negative interest rates to fight off anemic growth and virtually no inflation. That’s why bonds with their super low yields don’t look super attractive either. On a relative basis, many figure stocks don’t look quite as expensive.

“The central banks have trapped us into buying expensive stocks because money market funds and the bond market give you extremely low returns,” said Yardeni.

Still, market valuations may not have much more room to expand from these levels without raising concerns of a bubble. That’s why even longtime stock market bulls like Yardeni are ready for the market to take a breather.

“I hope this market goes sideways and waits for earnings to make a comeback. It seems to be jumping the gun,” he said.