ARE BILLIONAIRES MORE LIKELY TO BE GRADUATES?

ARE BILLIONAIRES MORE LIKELY TO BE GRADUATES?

Are billionaires good with exams as well as their finances? Or are they more likely to have escaped school at the first opportunity and worked their way up to make their fortunes?

Are they likely to be graduates or to have dropped out from university, wanting to get a head-start in start-ups?

An analysis of the educational background of the top tier of dollar billionaires shows that they are much more likely than average to have gone to university. And they are more likely to have a postgraduate degree than no degree at all.

It doesn’t give much support for the image of self-taught entrepreneurs, relying on their own wit and wisdom rather than higher education.

The number crunching, by insurance company GoCompare, has examined the post-school education of people appearing in the top 100 billionaire rich lists by Forbes magazine over the past 20 years.

It shows that 76% of these billionaires have a degree. This breaks down to 47% having a bachelor’s degree, 23% a master’s degree and 6% a doctorate.

The most popular subjects were courses related to economics and engineering. There were many more studying sciences than arts or humanities. 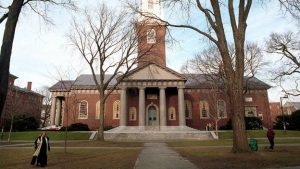 It means that about a quarter of these particularly wealthy billionaires did not enter university or dropped out before graduating.

The billionaires are also 61% less likely not to have a degree than the typical US adult.

The type of institutions attended by the global mega rich are also much more likely to be elite institutions, rather than local colleges.

Harvard in the US is the single most likely name to be found on the CV of a billionaire, with Harvard Business School also popular.

Although one of the most famous names on the list, Bill Gates, dropped out of Harvard before finishing.

Reflecting the rise in Russian wealth, Moscow is among the most popular university cities for these billionaires, including Moscow State University and a range of Moscow specialist institutes.

Stanford University in California and the Massachusetts Institute of Technology have become the launchpads for a rising number of tech billionaires. Google’s Sergey Brin was a postgraduate at Stanford.

Among UK universities, the London School of Economics and Cambridge have the most multi-billionaires in this list. Oxford can lay claim to Rupert Murdoch and in France, the Ecole Polytechnique has the most ex-student billionaires.

There are also billionaire graduates from Karlsruhe in Germany, Milan in Italy and Zurich in Switzerland.

The spread of universities does not provide much sense of a variety of backgrounds. In the US it’s a scattering of Ivy League institutions and upmarket private colleges. There are billionaires from Princeton, Yale, Duke, Amherst and Bryn Mawr. 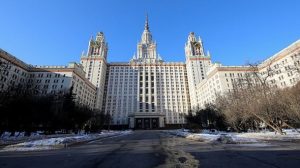 Moscow State University: Moscow is among the most common university towns for the ultra-rich

There has been much soul-searching in many countries about the cost of higher education and whether the university system is entrenching division rather than promoting social mobility.

This study shows an alignment between the uber-rich and the most prestigious universities. And in terms of length of study, these tycoons are more likely to be D Phils than Del Boys.

This study does not show whether these billionaires began as poor, bright students who widened their opportunities through university. Or how many were the children of humble millionaires.

But it does show a decline in the self-made super-rich. The proportion of those who made their own money, rather than inherited it, slipped downwards in the financial crisis and has not recovered. It now stands at about 58%.

The analysis also shows the average age of these top 100 billionaires is about 61 years old. And compared with the general US adult population, they are much more likely to be married.

This analysis focuses on the very wealthiest – those at the top of the billionaire rich lists. But there have been previous university surveys for common or garden billionaires.

A survey of 2,300 billionaires from a Swiss banking group and a Singapore-based financial intelligence firm – the Wealth-X and UBS Billionaire Census – also found high levels of graduates.

But it found a different institution at the top of the table. 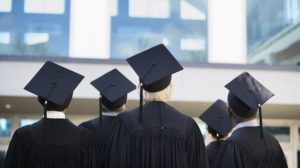 But once again, among UK institutions, it was the London School of Economics that had produced the most billionaires.

And a study published this week by the Centre for Economic Performance at the LSE showed the link between degree grade and subsequent earning power in the UK.

It found that as more people went to university, greater financial return was gained by those with first class and upper second class degrees

Sir Peter Lampl, chairman of the Sutton Trust, which promotes social mobility and fair access to university, said: “It’s no surprise that many of the world’s richest people have postgraduate degrees from top universities.

“Our own research has identified a postgraduate wage premium of £200,000 in lifetime earnings.

“We do need to make sure that the financial rewards and opportunities post graduate degrees offer are available to bright people from all backgrounds not just the well-off.”