Amazon just had its greatest holiday season ever.And the retail giant had some fun detailing just how great it was.

The voice-controlled Echo Dot was its top-selling item, followed by its Fire TV stick, Fire tablet and Echo.

Shoppers with an Amazon Prime membership, which costs $99 a year and offers free two-day shipping, purchased more than one billion items during the holiday shopping season. 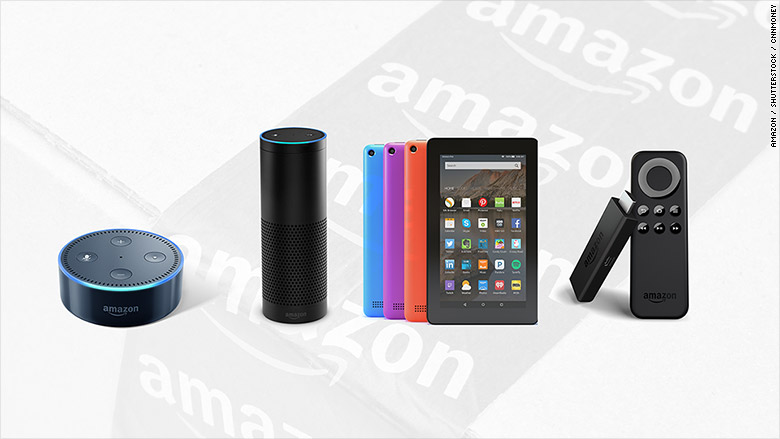 December 19 was the peak shipping day for Amazon (AMZN, Tech30), while December 23 was the biggest day for Prime Now deliveries. Among the most popular items for the two-hour delivery service that day were Oreo cookies.

TVs were hot items this holiday season: The Samsung 32-inch Smart LED TV and the Avera 32-inch LED TV were among the top sellers in the category. But the 4K TVs were also popular, with Amazon saying customers bought enough to reach the top of Mount Everest more than nine times.

There was a lot of sparkle this holiday season as well: 10,451 carats of diamonds were purchased on the website, and a watch was sold every 1.5 seconds.

The fanfare over the Broadway mega-hit Hamilton is still going strong. Amazon reported shoppers ordered enough “Hamilton: The Revolution” collectible books and albums to give every guest at the Richard Rodgers Theatre in New York City (which has 1,319 seats and is where the show performs), a copy for 96 consecutive shows.

When it comes to video games, Pokémon reigned supreme this holiday with Pokémon Sun and Pokémon Moon for the Nintendo 3DS being the most popular.

Shoppers scooped up a lot of toys and Hasbro’s Pie Face games were the best-selling in the category.

The holiday season wouldn’t be complete without some homemade treats, and shoppers bought enough KitchenAid mixers to make around 7.5 million cookies at once. Amazon also said it sold enough running shoes to run 18,603 times around the globe. That’s a lot of burned calories.